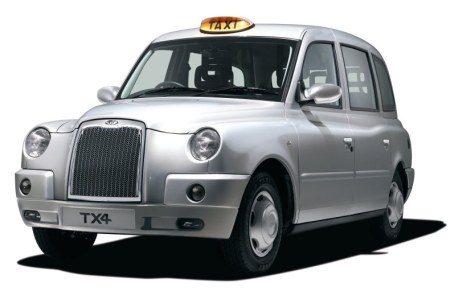 British to the core
Today, LTI Vehicles is the largest remaining British owned passenger car manufacturer in the UK, employing over 400 people.

As the rules and regulations governing the requirements for purpose built taxis have changed over the years so have the LTI models. The outgoing model is the TXII which is sold of course in London, where purpose built taxis are exclusively required and it is a common sight in other cities and towns throughout Great Britain. The TXII is also exported to 35 different countries around the world including USA, China, Spain, Pakistan, South Africa and Japan. No wonder the company slogan for their taxis is “Hailed the world over.”

Earlier this month Manganese Bronze Holdings plc, the parent company of LTI Vehicles, announced it had signed a Heads of Terms agreement with Chinese car manufacturer Zhejiang Geely Holding Group Co. Ltd. (Geely) to establish a £53 million joint venture company to produce the iconic London black taxi in Shanghai for the Chinese market. From mid 2008 the joint company will produce 20,000 London taxis for sale in China and there is the possibility of supplying some Chinese sourced components to LTIs UK manufacturing headquarters in Coventry.

Looking after the cabbie
On average taxi drivers spend over 3,000 hours a year in their cabs. So to make their lives just that bit more comfortable the new TX4 has an ergonomic seat with lumbar support and armrest. For a taxi driver their cab is their office, so the TX4 is designed around them and it sets a new standard for the professional driver. With the ‘command’ driving position and large glass area all around the vehicle including a one-piece rear window, the TX4 provides safe all round visibility so operators can see any potential hazards or fares with ease.

Driver safety is a big issue in this day and age of increased violence and crime. The vehicle has a tough Piexiglas Resist 65 attack-resistant screen between the driver’s compartment and the passenger cabin. It also has a one-touch locking system which allows the cabbie to lock both the driver and passenger compartments separately for added safety.

The dashboard is ergonomically and logically laid out, making it easy to read with all the controls readily to hand. The whole environment is simply designed, around making life as a cab driver as easy as possible. The new TX4 also includes the latest generation of in-car entertainment with clear and easy-to-use controls and full MP3 compatibility.

There are more really useful features as well, small lights for map reading and collecting money. In today’s cashless society customers can even pay using the “chip and pin” facility – the ultimate in convenience for busy passengers.

The new Bergstrom air conditioning system provides fresh cool air at the touch of a button for the driver, passengers or both. Whatever the conditions are, everyone will be comfortable in the TX4.

The TX4 has a heavy duty 90-amp/hour battery that replaces the 70a/h battery used in previous models. This is to accommodate all the extra supplementary electronics that cabbies now fit in the vehicles, everything from mobile phone chargers to navigation systems to computers and DVD systems.

One of the main requirements for a Public Carriage Office purpose built taxi is the 25 feet turning circle. This facility enables drivers to pick up their ‘fares’ kerbside by performing a U-turn in the narrowest of streets if necessary. There is no need to make dangerous three-point turns or make unnecessary trips “around the block” increasing congestion, burning more fuel and creating more emissions just to get the vehicle pointing in the right direction. It is also much safer for passengers to get in to, or out of, a taxi onto the pavement, especially for those in wheelchairs.

Looking after the passengers or ‘fares’
It is not only the driver who gets to relax in comfort. The TX4’s improved passenger compartment has many useful new touches. There are individual head restraints for every passenger, a child harness and loads of lighting. The passenger compartment controls are now positioned on the doors so they are within reach of all passengers. With wide opening doors, a low sill height and a step if needed, the TX4 is easy to get in and out of. The wide swing doors also help those with limited mobility, as does the intermediate step and swivel seat.

Wheelchair access in some taxis can be a real problem. But the TX4 has a shallow ramp due to its low floor line, making it suitable for both manual and electric wheelchair users to safely get in and out of the vehicle straight on to, or from, the pavement.

The passenger compartment is spacious and designed to accommodate wheelchair users easily. Once in place, the wheelchair and passenger are secured using special harnesses and extendable seat belts.

The intercom system is now located in the centre of the passenger compartment and an induction loop is fitted for the hard of hearing, meaning all five passengers can talk to the driver with ease.

And that’s what’s great about the TX4; it truly is a taxi for everyone. Its contrasting seat edges and grab handles make life easier for the partially sighted.

The TX4 is the new benchmark for the professional taxi driver and a worthy successor to one of motoring’s greatest icons.