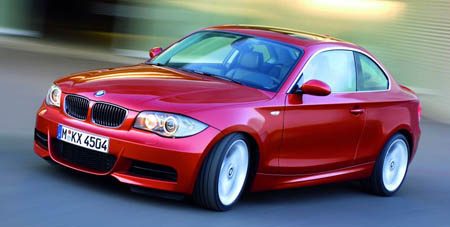 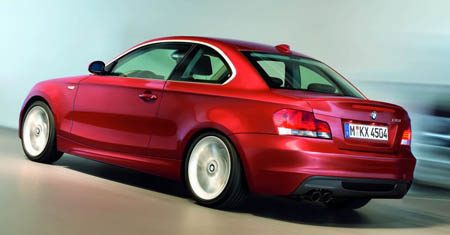 The flagship of the range is the BMW 135i with its 3.0-litre twin-turbocharged petrol powerplant. Offering 306hp from its light alloy and magnesium straight-six engine, the 135i is capable of accelerating from zero to 62mph in 5.3 seconds before going on to an electronically-limited top speed of 155mph. Peak torque of 400Nm from just 1,300rpm through to 5,000rpm ensures smooth yet rapid progress and in-gear flexibility.

Courtesy of High Precision Direct Injection for the most efficient burn of fuel mix and Bi-VANOS variable valve technology combined with lightweight engineering principles, the BMW 135i is capable of frugal motoring while maintaining its top end performance. The 2,979cc engine posts a 30.7mpg figure on the combined cycle and a CO2 emissions figure of 220g/km. BMW’s EfficientDynamics programme seeks to boost engine performance while at the same time cut fuel consumption and emissions. Second generation High Precision Direct Injection and Brake Energy Regeneration are both elements of EfficientDynamics deployed on the 135i Coupé.

Frugal yet sporting
The BMW 135i is joined in the range by another twin-turbocharged model to offer a unique blend of performance and economical motoring. The 204hp four-cylinder engine in the BMW 123d Coupé sets a benchmark for small diesels. Its 1,995cc powerplant is the world’s first all aluminium diesel to have an output per litre figure in excess of 100hp – something only BMW M cars usually attain. It is also the first four-cylinder production diesel to come with twin-turbo technology. Peak torque is 400Nm from 2,000rpm, while the engine revs to in excess of 4,400rpm where peak power is attained. This performance equates to a zero to 62mph time of 7.0 seconds and a top speed of 148mph – previously unheard of figures in such small capacity production diesels. By comparison the output of the four-cylinder BMW 123d betters that of established six-cylinder diesel engines from both Audi and Mercedes.

The BMW 123d Coupé also makes financial sense. Its 138g/km emissions figure sees it fall into the Band C Vehicle Excise Duty tier while the fuel consumption figure on the combined cycle is 54.3mpg. It is aided in this by the use of elements from BMW’s renowned EfficientDynamics programme. The 123d comes with Auto Start-Stop technology, Brake Energy Regeneration, third-generation common-rail fuel injection, a diesel particulate filter, active aerodynamics, Electric Power Steering and low rolling resistance tyres.
For customers seeking an entry point into the new 1 Series Coupé range, the 120d offers another option of style, driving dynamics and parsimonious motoring. Its 1,995cc four-cylinder engine mixes a 177hp output and a zero to 62mph time of 7.6 seconds with 58.8mpg economy and emissions of just 128g/km. The same EfficientDynamics technologies used on the 123d are also deployed on the 120d.

Dynamic capability
Like every BMW before it, except xDrive models, the new BMW 1 Series Coupé has 50:50 weight distribution and a front-engine, rear-wheel-drive configuration for the best in driving dynamics. To offer the most compliant yet sporting ride and the best in directional stability, the 1 Series Coupé has a double-joint spring strut front axle arrangement with a five-link rear suspension. Such an arrangement allows engineers greater scope in fine tuning the ride characteristics of the car.

Dynamic Stability Control is standard on the 120d Coupé to act as an electronic safety blanket for the driver. Dynamic Traction Control is a further function of DSC that permits a greater degree of wheelslip for more spirited driving. The BMW 123d and the 135i come as standard with Dynamic Stability Control+ with its five additional safety features of Soft Stop, Hill start assistant, Brake Drying, Brake pre-tensioning and Brake fade compensation. In addition to this the 135i Coupé has a high performance braking system featuring six-piston callipers for greater retardation.

Design
The BMW 1 Series Coupé uses the same architecture as the three- and five-door models, but is shrouded in an elongated coupé body to emphasise the sporting nature of the car. The 1 Series Coupé is 4,360mm long (133mm more than other 1 Series) and 1,934mm wide (1mm more). The slight increase in body size means the boot space swells from 350-litres to 370-litres. A standard 60:40 rear seat split permits greater load flexibility allowing for items to be stored in place of one or both rear seat occupants.

The BMW 120d Coupé will be available in ES, SE and M Sport guises, while the 123d Coupé will be offered in SE and M Sport and the 135i Coupé just as an M Sport. M Sport raises the specification bar by including 17-inch light alloy wheels on the 120d and 123d Coupé but unique 18-inch light alloy wheels on the 135i Coupé, M Aerodynamic package, M Sports suspension, Sports seats, High-gloss Shadowline exterior trim, M leather steering wheel, M designation door sills and Anthracite headlining.