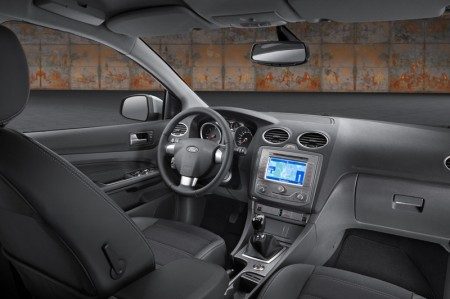 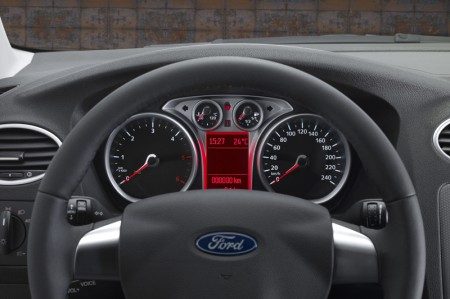 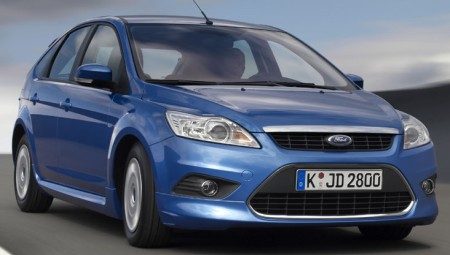 BRENTWOOD, Essex,11 September, 2007 – Winner of more than 80 awards and the only vehicle in the world to be named Car of the Year both in Europe and North America, Ford’s Focus has been something of a phenomenon since the launch of the original back in 1998.

Now in its second generation, with more than 1.1 million examples sold in the UK and a range which includes hatchback, saloon, estate and Coupé-Cabriolet derivatives, the Focus success story enters another chapter.

Following its unveiling at the Frankfurt Motor Show, Ford has announced that a new version of its family favourite will begin rolling off production lines from the end of 2007. Three-door, four-door, five-door and estate body styles will be first in UK showrooms, Coupé-Cabriolet and ST sporting flagship variants arriving in spring 2008.
Benefiting from Ford’s ‘kinetic design’ approach to styling, the 2008 Focus takes its inspiration from the critically acclaimed new Mondeo. The result is a classier and more distinctive appearance from a vehicle that’s now as exciting to look at as it is to drive.

Inside, the upmarket aura continues. New soft-touch plastics now cover the instrument panel as well as the upper front door trim and this is complemented by plush new seat fabrics plus a variety of attractive fascia finishing’s. The instrumentation has been re-designed too and, along with all other interior controls, is illuminated in red. Controls for the upgraded audio equipment and two-zone air conditioning have also been ergonomically improved.

Furthermore, the Titanium now includes a newly designed centre console (optional with Zetec and part of the Sport Pack), which adopts the flowing ‘kinetic design’ look. In addition to a movable armrest and a four-litre-capacity storage compartment, there are storage areas for back-seat passengers or the facility to add optional items such as a 230 volt socket or the USB audio connection box. Another feature available as an option from the beginning of 2008 is the Ford Power Button, which will be positioned near the gear shifter.

The aesthetic appeal of Ford’s latest Focus is matched by a range of mechanical introductions, including an all-new automated gearbox. The Ford PowerShift transmission will be available from early 2008 in the new Ford Focus as well as the Ford C-MAX, in combination with the 136PS and new 110PS versions of the 2.0-litre Duratorq TDCi engine.

Jointly developed by Ford and transmission specialists GETRAG, the gearbox consists of two layshaft transmissions working in parallel, each with its own wet clutch unit. Thanks to the layout of the intermediate shafts – one carrying the ‘uneven’ gears 1, 3 and 5, while the other one ‘even’ gears 2, 4 and 6 – the next gear change can be prepared by pre-selection whilst in motion and at full power.

As a result, in this configuration, the average fuel consumption improves by around 10 per cent, and CO2 emissions will be lower, compared to a conventional six-speed torque converter automatic transmission. Final homologated fuel economy and CO2 emissions data, as well as performance data for the Ford Focus with this new transmission technology, will be published closer to the car’s market launch.

Another new development is the Focus “ECOnetic” which features an array of aerodynamic efficiencies and is powered by a 109 PS 1.6-litre Duratorq TDCi with standard Diesel Particulate Filter (DPF). Average consumption for the Focus ECOnetic is a frugal 65mpg. This corresponds to an average CO2 emission of only 115g/km, which is a class leading result for a conventional vehicle in this segment.

As a direct result of the Ford ECOnetic initiative, all Focus 1.6-litre TDCi variants will achieve 119g/km CO2 and this is regardless of power rating, body style or wheel dimensions. Flexifuel version of the 1.8-litre Duratec petrol four-cylinder engine can be fuelled with bio-ethanol E85-fuel as an alternative to conventional unleaded petrol – or in any mix of both. The Ford Focus range also includes CNG (compressed natural gas) and LPG (liquefied petroleum gas) derivatives both based on the 2.0-litre Duratec petrol engine.

The 2008 Ford Focus range will initially be offered across Studio, Style, Zetec and Titanium trim grades. More detailed information about the UK range and prices will be release close to the car’s on-sale date.