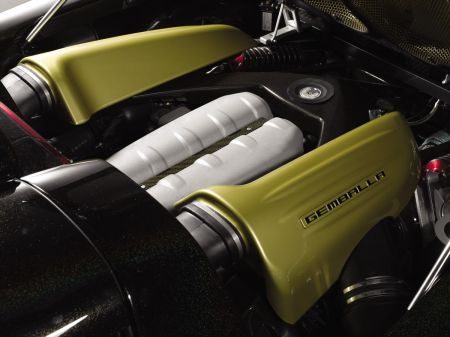 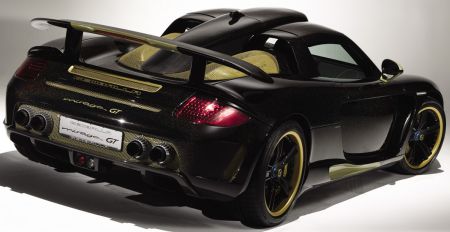 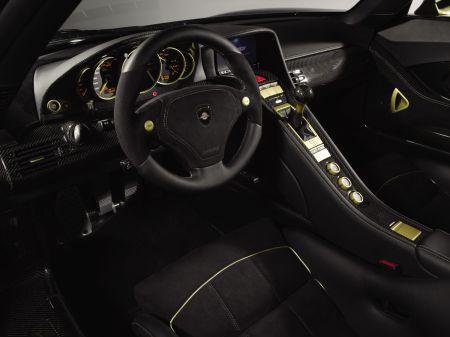 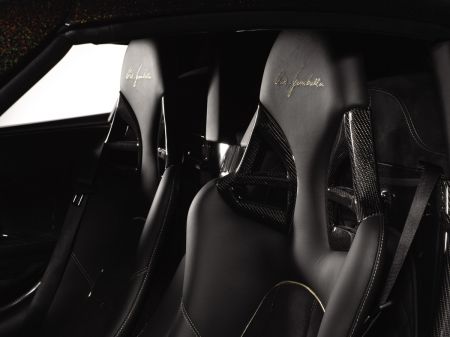 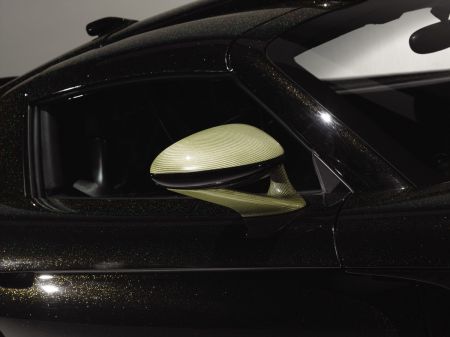 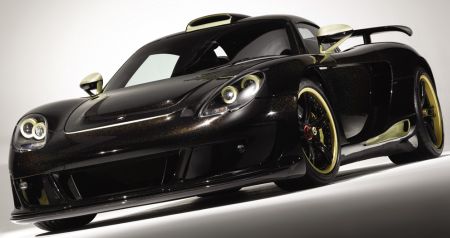 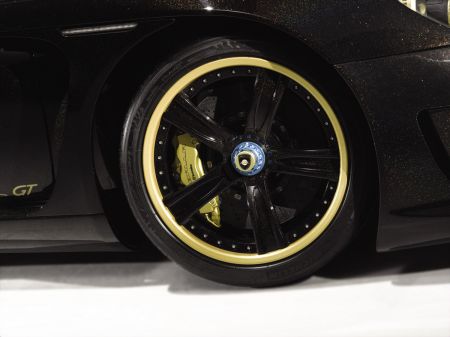 Porsche Carrera GT, one of the finest sports supercars, had a limited series production of roughly 1380 models. Owners of these completely sold-out vehicles, GEMBALLA gives the chance to top this exclusiveness. The Porsche customizing specialists of Leonberg, Germany transforms the Carrera GT into the GEMBALLA Mirage GT; offered in an extremly limited series of only 25 models. More than half of this series is already sold. Customers including several prominent ones, place their trust in the technical expertise of GEMBALLA assuring unquestionable singular uniqueness of their Mirage GT.

One thing is quite certain; a Mirage GT driver will find no better individualization anywhere. But GEMBALLA not only offers its Carrera GT-conversion on an extremely limited scale of 25 exemplars. Over and above this, every Mirage GT looks different. First of all, this is because no vehicle comes in the same colour. GEMBALLA here of course follows individual customer preferences. A well-known professional soccer player, for example, chose black with extravagant glitter finish. Secondly, the Mirage GT’s interior is uniquely distinguished as well. GEMBALLA made certain that the interior components such as carbon parts and leather are always furnished in different varied combinations. Eleven Mirage GTs have already been customized by GEMBALLA. Further vehicles are currently under modification. Those who would like to order and savour the exclusivity of a high-tech products, must hurry!

The Carrera GT engine is a dream. A meaty 5.7-litre V10 boasting 612 horsepower. What more could one want? More power of course! GEMBALLA operates on the same principle as racing drivers: “You can never have too much power“. By modifying the engine management electronics, GEMBALLA has been able to squeeze out a further 40 bhp of power and 20 Nm more torque for the V10, slicing off 0.1 seconds off the time it takes to go from 0 to 100 km/h. The fully stainless steel exhaust system now resounds through four tail pipes instead of the standard two. GEMBALLA has positioned the two extra tail pipes where the reverse and fog warning lamps used to be. The tuning specialist has relocated the two lamps to beneath the rear diffuser.

With the GEMBALLA AERO-CONCEPT, the Mirage GT looks like it is planning to enter the Le Mans 24-hour race. The most conspicuous change to the front are the additional air intakes on the new front spoiler. In addition, GEMBALLA embellished the component with a spoiler lip. The bonnet has also been replaced. In the area between the wheel housing and door GEMBALLA has replaced the standard side panels with its own mudguards, with reshaped openings which blend harmoniously with the original design. Down below, new side skirts lend the vehicle a muscular line. They also come with a cooling vent for the breaks at the rear. One thing is certain! The racing look is enhanced by the new rear skirt, with its aerodynamically optimised mid section for more downforce on the rear axle. GEMBALLA´s AERO-CONCEPT considerably increases the air stream through the car´s body, which is the pre-condition for the cooling of the next power upgrade to 800 hp currently being in preparation.

The lion’s share of the extra downforce over the production-line vehicle is due to the mighty GEMBALLA rear wing that adorns the rear of the car. It comes with an electronically controlled flap in the middle, which snaps up at speeds of up to 120 km/h to increase downforce in curves and integrates itself again smoothly into the rear wing structure above 120 km/h. The increase in downforce is approx. 30 kg at the front axle and up to 85 kg at the rear axle. The roof line of the GEMBALLA Mirage GT also starkly differs from the standard Carrera GT. The front section of an airbox has been integrated into the new GEMBALLA hardtop. This ends in an air duct that runs along the back of the tailgate installed by GEMBALLA and supplies the power-enhanced V10-engine with more air to breathe.
With the GEMBALLA AERO CONCEPT, the Mirage GT fits perfectly into the starting line-up of any FIA-GT race. Not least also because of the materials used by GEMBALLA – all parts of the body of the Mirage GT are made of carbon fibre; a material common in the world of racing.

The motor sports look created on the outside thanks to the carbon components is resumed in the interior. GEMBALLA has restyled the central console, which likewise consists of this high-grade material. This is joined by countless other carbon components, such as, for example, the door cladding. GEMBALLA has also integrated a multimedia touch-screen information system into the central console. In addition, the passengers’ senses of sight, smell and touch are also spoilt by the finest leather and luxury carpets. The modified steering wheel allows the driver to keep a strong grip on the reins of the GEMBALLA Mirage GT.

The Mirage GT is an impressive example of GEMBALLA’s capability, and represents high-end tuning at its best. The cost of the comprehensive conversion, which can only be carried out by GEMBALLA, starts from EUR 229,800 plus local VAT.