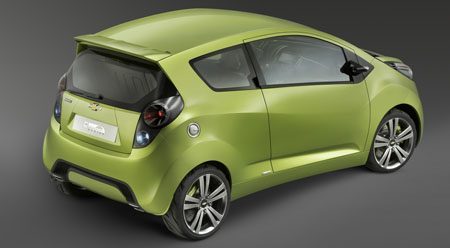 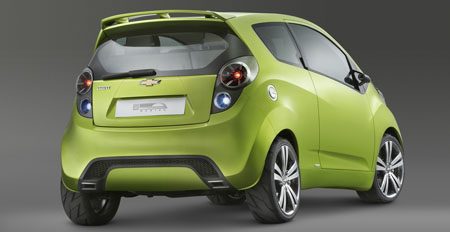 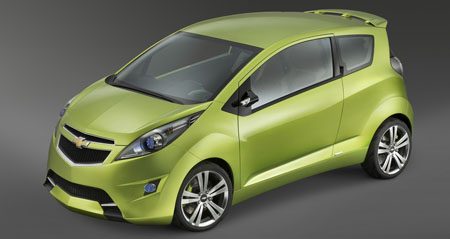 Chevrolet’s got the Beat: Production Slated Based on Global Popularity

LOS ANGELES – A vehicle based on the Chevrolet Beat concept, which swept through auto shows around the globe and the Internet earlier this year, will go into global production, Chevrolet announced today at the 2007 Los Angeles Auto Show.

An online poll that attracted more than 1.8 million voters helped influence the decision to take the concept to production. The distinctly styled A-class car will be initially targeted to markets outside of U.S. and Canada, starting in mid-2009.

“The people have spoken. The vote count tripled all previous GM online consumer surveys, telling us the Beat resonated with customers all around the world,” said Ed Peper, Chevrolet general manager. “Chevrolet was overwhelmed by the positive reaction to each of the ‘triplets,’ but the Beat was the clear winner.”

The production model will carry the spirit of the expressive Beat concept, offering compact, city-friendly dimensions and a small-displacement engine that delivers excellent fuel economy. It adds further depth and breadth to Chevrolet’s global lineup, which is sold in more than 90 countries, giving the brand a leadership position in the segment – the fastest-growing automotive segment in many regions around the world.

“Fuel solutions and great-looking cars are at the core of Chevrolet’s values, and this new production model aligns perfectly with those tenents,” said Peper. “It will be truly global, built around the world for a variety of diverse markets.”

The Beat and the other concepts highlighted in the online survey were developed primarily at GM’s Design Studio in Bupyeong, South Korea , with input from GM’s global network of designers and GM’s Korean partner, GM Daewoo. As South Korea is a primary market for this exciting new car, production will begin there.

Conceived to evoke the mood of a speedy micro import tuner, the Beat concept debuted at the 2007 New York Auto Show, along with two other concepts, Groove and Trax. All were designed to appeal to young car buyers in urban markets, infusing the energy, diversity and excitement of urban life into cars that deliver good-looking fun, fuel economy and value.

The Beat concept was designed and built leveraging GM’s Global Product Development process, created from best practices around the world that integrate design, engineering, powertrain and manufacturing organizations to ensure each vehicle program meets its quality, timing and business targets, yet is responsive to the needs in regional markets.

As part of its global product development process, GM is growing the skills and capabilities of its design and engineering centers around the world, using key tools and technologies, such as a global virtual design and engineering network, that allow engineers and designers to collaborate with each other worldwide.

The production car based on the Beat concept incorporates these resources, bringing to market quickly a right-sized car, with a right-sized ecological footprint at the right time.