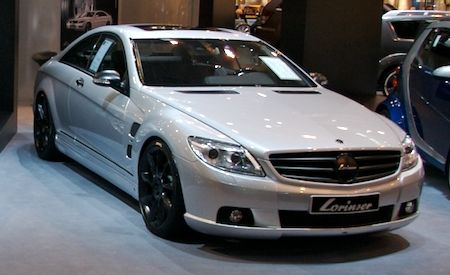 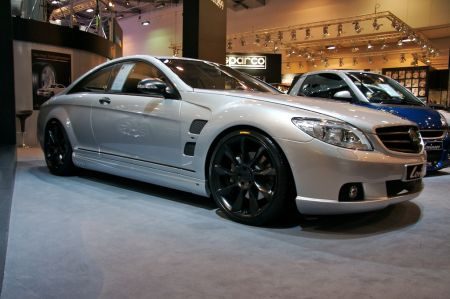 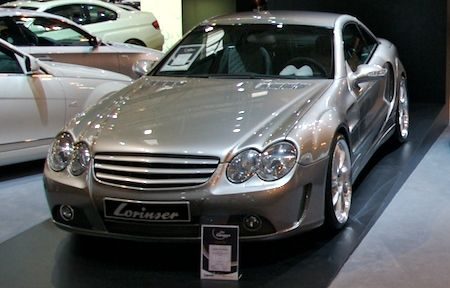 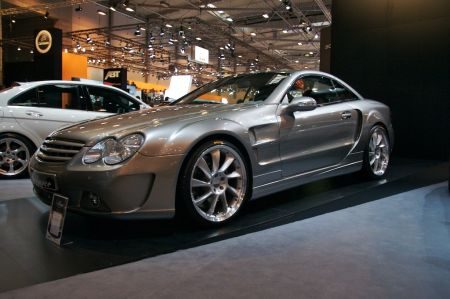 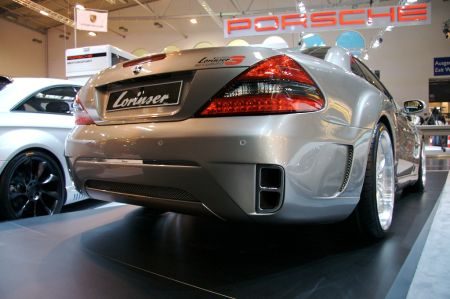 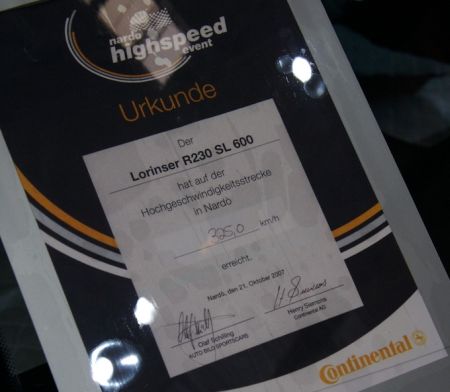 The 12.4 kilometre race track in Nardo has become a legend thanks to the speed records that were set in this location. Now, for the third time, a luxurious Lorinser limited series that is based on the Mercedes Benz SL will be named after this Southern Italian circuit. Independently measured speeds of up to 325 km/h catapult the Winnenden car maker into extreme regions that are usually reserved for puristic super sports cars. Impressive 660 hp/485 kW are required to help the almost two tons of this roadster climb the Himalaya of top speeds. The gargantuan maximum torque of 1,013 Newton metres matches the torque produced by a medium-sized truck. While these benchmark figures may sound exorbitantly high, they are necessary to overcome the physical problem of air resistance increasing exponentially rather than linearly, which makes it necessary to utilize as much power as possible to achieve an increase in speed. The Swabian technicians, therefore, optimised the electronic system and fuel injection of the engine, which is based on the 612 hp / 450 kW Biturbo engine of the SL65 AMG. “The Nardo3 is a race machine designed for the road. The goal we tried to achieve with this design was to allow the driver to have as much fun as possible and, at the same time, enjoy the atmosphere the car creates,” explains Marcus Lorinser, Managing Director of the Winnenden maker of exclusive vehicles. In line with the quality doctrine of his company, Lorinser also made sure that the Nardo3 test vehicle is not a souped-up and delicate prototype, but an absolutely reliable daily driver.

The vehicle’s exterior has all the characteristics of a menacing race car. The flanks of the vehicle are marked by the aggressive front and rear bumpers, widened fenders, and gigantic air intakes. The latter are used for effectively deflecting the heat generated by the engine and brakes. A car that most other drivers are likely to see only from behind does, of course, also need a corresponding exhaust system that is both visually and acoustically impressive. By integrating double exhaust pipes into the rear bumper, Sportservice Lorinser managed to create a particularly beautiful sculpture.

The vehicle’s interior, on the other hand, provides the driver with all the creature comforts including seats that are both comfortable and provide sufficient support as well as the opulent and comprehensive Alcantara interior equipment. This interior ensures that the Nardo3 can be used for every day driving and offers an enjoyable ride even on long-distance trips. “This concept is just as well received in Germany as in the USA and Saudi Arabia. It is, therefore, important that the Nardo3 performs exceptionally well in all areas. This is the only way for us to excite customers who love to live life on the edge,” explains Marcus Lorinser the synthesis of sportsmanship and luxury, which his group tries to achieve with its dealerships that are spread across the globe in 42 countries. The number of units the company is planning to produce is only slightly higher than this figure. In an effort to underline the exclusiveness of its vehicles, the company will produce no more than 50 vehicles in its Winnenden production facilities.