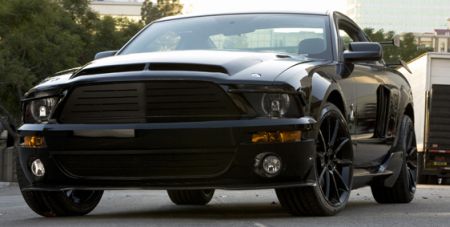 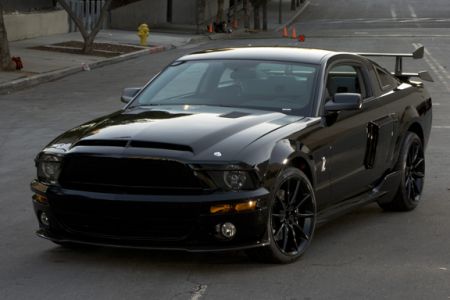 BURBANK, Calif. – December 12, 2007 – As “Knight Rider” — NBC’s iconic 1980s television classic that became a runaway success, comes roaring back to life on the network with an updated sequel that will air as a two-hour movie event on Sunday, February 17 (9-11 p.m. ET) — NBC unveiled the new customized KITT Ford Mustang to be featured in the series in a press event held at NBC’s Burbank Studios today.

The movie stars Justin Bruening (“Cold Case,” “All My Children”), Deanna Russo (“NCIS,” “The Young and the Restless”), Sydney Tamiia Poitier (“Veronica Mars,” “Grindhouse”) and Bruce Davison (“Breach,” “Close to Home”). In addition, David Hasselhoff (NBC’s “America’s Got Talent”) — who starred in the popular lead role as Michael Knight for four seasons during the original series — returns as the same character in a special guest-star appearance. Will Arnett (NBC’s “30 Rock,” “Blades of Glory”) will provide the voice of KITT.

Dave Bartis (“Heist,” “The O.C.”) and Doug Liman (“Mr. and Mrs. Smith,” “The Bourne Identity”) serve as executive producers.
NBC also has an arrangement with Ford Motor Company that provides for a unique content opportunity that makes the Ford Mustang one of the stars of the movie.

As the original story resumes, the new KITT (Knight Industries Three Thousand) is absolutely the coolest car ever created: its supercomputer capable of hacking almost any system; its weapons systems efficient; and its body — thanks to its creator’s work and nanotechnology — is capable of actually shifting shape and color. Plus, its artificial intelligence makes it the ideal crime-fighting partner: logical, precise and possessing infinite knowledge. It is the ultimate car — and someone will be willing to do anything to obtain it.

Sarah Graiman is a 24-year old Ph.D candidate at Stanford University, following in her genius father Charles’ (Davison) footsteps. But when men attempt to abduct her, Sarah receives a mysterious call from KITT warning her that he’s a creation of Charles, who also invented the first KITT 25 years ago — and that her father is in serious danger.

Sarah and KITT track down her best friend from childhood, Mike Tracer (Bruening), a 23-year-old ex-Army Ranger, whom Sarah hasn’t seen since he left home at 18. Having served in Iraq, Mike is now jaded and lost and initially resistant. Eventually he agrees to help Sarah and the two set out to discover who’s behind the attempt to procure KITT and find Charles. Along the way, Carrie Rivai (Poitier) plays the agile yet tough FBI agent who has a long-standing friendship with Charles and Sarah. Due to those ties, she is brought into the mix to help in the search. 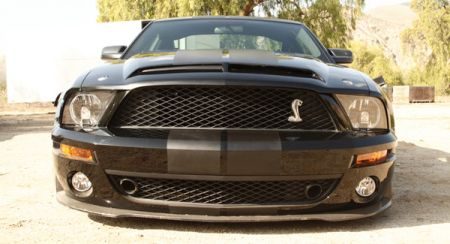 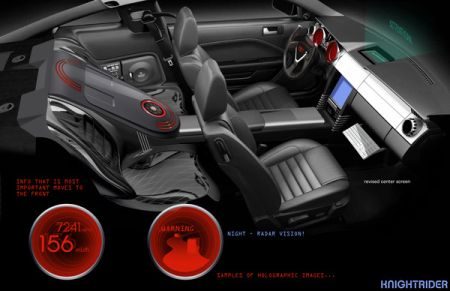