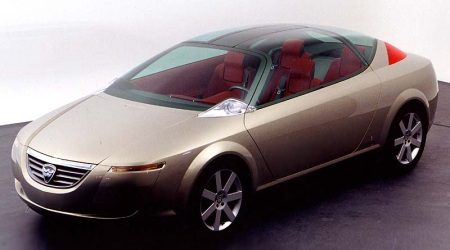 Bolloré and Pininfarina agreed to establish a 50-50 joint venture to manufacture a car that will be 100% electric. The car will be sold under the Pininfarina brand. The total investment is estimated at about 150 million euros. The electric car, which will be manufactured by Pininfarina in Italy, will benefit from the vast expertise gained by Pininfarina in the design and production of top-of-the-range automobiles and will be equipped with a revolutionary Lithium Metal Polymer battery developed by the Bolloré Group.

Bolloré, a French Group founded in 1822, has revenues in excess of 6 billion euros and 32,000 employees worldwide. As a result of its diversification strategy, it has operations in industry and in the transportation and media sectors. The Bolloré Group has significant holdings in Havas, Aegis, Mediobanca and Vallourec. Building on the technologies it developed over 30 years as the world’s leading manufacturer of components for capacitors, it has now developed an innovative battery.

Founded in 1930, the Pininfarina Group is based in Italy and has more than 3,000 employees a facilities throughout the world. Today, it is a leading supplier of automotive services, offering carmakers creative solutions based on proprietary knowhow at every step of design, product and process engineering and of niche vehicle manufacturing. Its Italian plants can produce up to 60,000 cars a year (and up to 20,000 cars a year in its Sweden plant).

Because the car that Bolloré and Pininfarina plan to develop and manufacture jointly will be 100% electric, it will produce 0% carbon dioxide emissions. It will have four seats and will be equipped with a battery that will provide it with a range of 250 km in city driving. This battery, which is the product of 15 years of research, combines the benefit of high energy density with an exceptionally long life, enabling the vehicles it powers to run for more than 200,000 km.

The Lithium Metal Polymer technology is an all-solid technology. No liquid is required, which eliminates the danger of spills that could cause overheating or fires. The stability of the materials used contribute to the battery’s safety, with a battery combustion temperature above 200 degrees centigrade and no possibility of explosion. This technology, which was developed as a world exclusive by the Bolloré Group, has a critical advantage over the Lithium Ion technology. Moreover, each battery cell is protected electronically by passive and active systems that monitor on an ongoing basis its operating efficiency and the voltage and temperature of each element. The various cells are encased in a steel container that protects them from external agents.

Thanks to the battery’s large capacity, the Pininfarina electric car will have a very fast standing start (zero to 50 km/h in 4.9 seconds), sufficient acceleration to overtake other vehicles safely and a top speed of 130 km/h. It will also be fully automatic.

The battery can be recharged by plugging it into a standard home electrical outlet. A full charge will take about five hours, but a five-minute charge will be enough for a 25 km run. A number of roadside recharging electrical outlets already exist in some of the world’s major cities. As sales increase, more will be installed by city governments, service stations and parking facilities.

The Pininfarina electric car will be sold concurrently in Europe, the United States and Japan to start by 2010.

Production capacity, which will depend on the number of batteries that the Bolloré Group will be able to manufacture at its plants in Brittany (Ergué-Gaberic) and Canada (Montreal), should be sufficient to deliver up to 15,000 cars a year. Obviously, if markets requests exceed this limit, battery production will be increased.