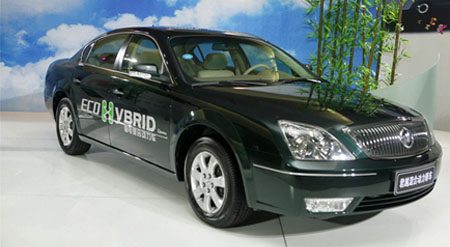 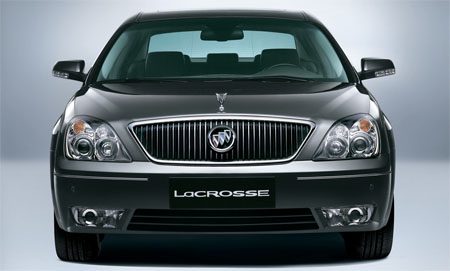 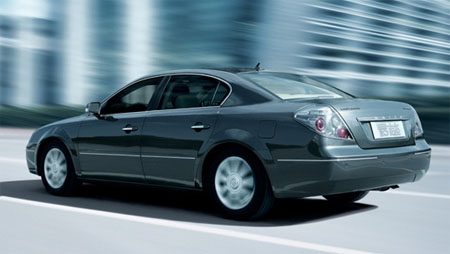 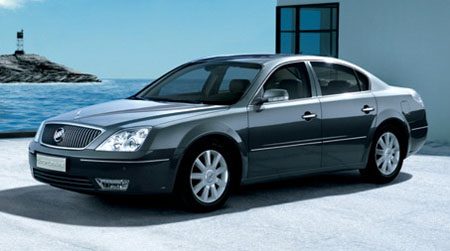 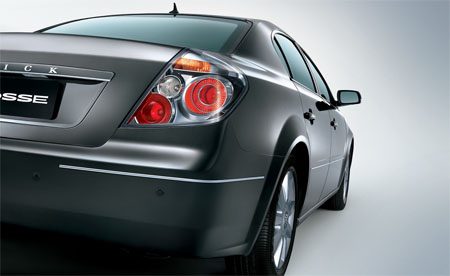 The green strategy is part of Shanghai GM’s support of the sustainable development of China’s automotive industry and the nation’s move toward creating an energy-efficient and environmentally friendly society.

All vehicles manufactured by Shanghai GM in 2008 will meet China’s Phase IV emission standard, with new models being capable of meeting emission standards up to the Phase V standard. Shanghai GM will introduce four green products this year. Between 2009 and 2012, it will begin offering 11 engines that offer better fuel economy than its current engines. Shanghai GM also plans to introduce GM’s E-Flex drive system and Fuel Cell E-Flex electric drive vehicle in China after 2010 to put it on the path toward its ultimate goal of zero fuel consumption and zero emissions.

“General Motors is pleased to be sharing our advanced technology and energy diversification know-how as part of our overall support of Shanghai GM’s product planning,” said Kevin Wale, President and Managing Director of the GM China Group. “In addition to benefiting the nation’s automakers, the sustainable development of the automotive industry will enable our customers to enjoy a higher quality of life.”

The Buick LaCrosse Eco-Hybrid, which was introduced for the first time at today’s ceremony, is Shanghai GM’s initial green product in 2008. It is the first mainstream hybrid model in China’s upper-medium vehicle segment with volume production. The Buick LaCrosse Eco-Hybrid can achieve fuel economy of 8.3 liters/100 km, compared with fuel economy of 9.8 liters/100 km for the non-hybrid version.

Shanghai GM also will roll out three new engines in 2008, including the 1.2-liter S-TEC efficiency class-leading engine and HFV6 3.6-liter SIDI dual mode direct injection engine. The S-TEC engine generates 52.2 kW/l, which is the highest in its category, and achieves fuel consumption of 6 liters/100 km, which is the lowest among engines with the same displacement. The SIDI dual mode direct injection engine enhances output 15 percent and torque 8 percent compared with the previous version of the engine. In addition, there is a 3 percent improvement in fuel consumption, while hydrocarbon emissions in cold starting can be reduced by up to 25 percent.

Shanghai GM will later launch another, as yet unnamed, vehicle with an advanced two-mode hybrid system. The engine in that vehicle will get 50 percent better fuel economy than a conventional internal combustion engine without sacrificing performance.

Shanghai GM believes companies that are engaged in manufacturing should actively promote energy efficiency and reduce emissions while influencing their entire value chains. In line with its commitment to green manufacturing, Shanghai GM has made considerable achievements in environmental protection after years of continuous investment, technical innovation and strengthened focus on manufacturing. It is the only automaker in China that has been recognized as a “State Environmentally Friendly Company.”

Under the Drive to Green strategy, Shanghai GM will stick to the principle of becoming an energy-efficient, environmentally friendly and technologically innovative company and affirm its leading position in green manufacturing. At the same time, it will continue to tighten its environmental protection standards in the areas of manufacturing, R&D and engineering.

Shanghai GM is addressing recycling throughout the manufacturing process. Its advanced material management system requires consideration of automotive parts recycling even during the design process. By 2012, up to 95 percent of materials and energy used during the parts design and vehicle manufacturing processes may be able to be recycled, which would meet the standard adopted by the EU and surpass Chinese industry requirements.

By 2012, Shanghai GM’s three manufacturing bases (Jinqiao in Shanghai, Dong Yue in Yantai and Norsom in Shenyang) are expected to have reduced coal consumption per car by 35 percent compared to 2007 levels to 0.31 tons. Shanghai GM also has set targets for decreasing average displacement of wastewater per car by 21 percent and doubling the quantity of reclaimed water by 2012, while saving about 400,000 tons of water over the next five years. The recycling rate of industrial waste is expected to reach 97 percent, an increase of 15 percent from the present time. These initiatives will help address environmental protection issues that have arisen because of the automaker’s rapid growth.

Shanghai GM also will take full advantage of its leading position in vehicle manufacturing to promote environmental protection throughout its entire value chain. Shanghai GM is partners with the World Environment Center in the Green Supply Chain project, which is promoting the sustainable development of Shanghai GM’s suppliers. The project assesses suppliers’ equipment, manufacturing processes and facilities to help improve their energy efficiency and resource utilization. The original eight participating suppliers have reduced their displacement of CO2 by more than 2,500 tons and saved about 28 million gallons (about 106 million liters) of water annually. They also have lowered their operating costs by a collective US$254,500. The number of participating suppliers is targeted to reach 40 by the end of 2008, and could further grow to 150 by 2010.

A similar program, the Green Service Chain project, was created to promote environmental protection in aftersales. While maintaining its emphasis on safety, Shanghai GM will continue to improve the recycling of waste that results during vehicle maintenance and promote the use of high-quality re-manufactured automotive parts to save resources and energy. For example, by adopting re-manufactured transmissions, a company can save 360 tons of steel, 450 tons of aluminum and enormous amounts of electricity for every 10,000 units produced.

Shanghai GM believes that automotive companies, together with other manufacturing enterprises and energy firms, have a responsibility to support the Chinese government’s call for saving energy and reducing emissions. As one of the largest vehicle manufacturers in China and one of the nation’s most respected companies, Shanghai GM takes this responsibility seriously. The Drive to Green strategy not only covers green products and manufacturing systems but also involves social responsibility in a wide range of areas such as education, sports, culture, public welfare and environmental protection.

Shanghai GM is a joint venture of General Motors Corp. and Shanghai Automotive Industry Corp. Group (SAIC). Established in 1997, Shanghai GM builds, imports and sells a comprehensive range of Buick, Cadillac, Chevrolet and Saab products. It is fully supported by a network of sales, aftersales and parts centers. Shanghai GM has been China’s leader in passenger car sales among joint ventures every year since 2005. In 2007, it had domestic sales of 479,427 vehicles.