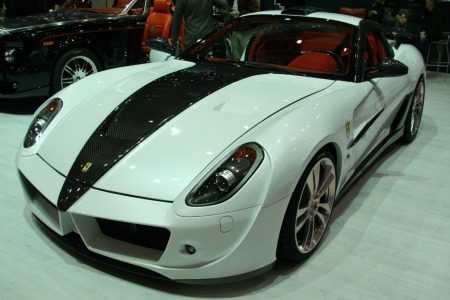 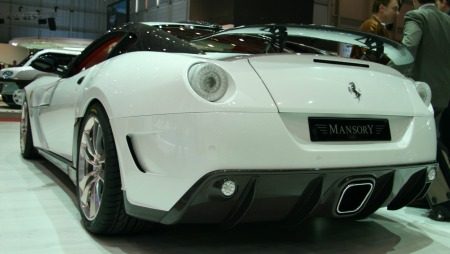 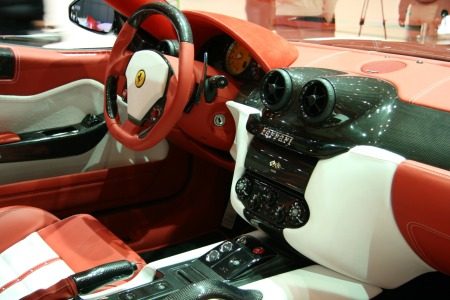 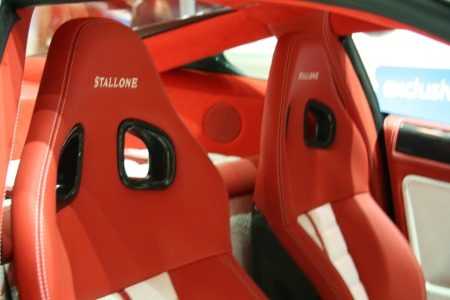 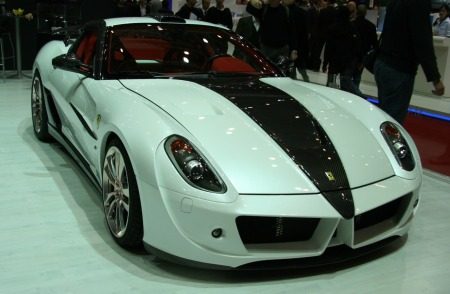 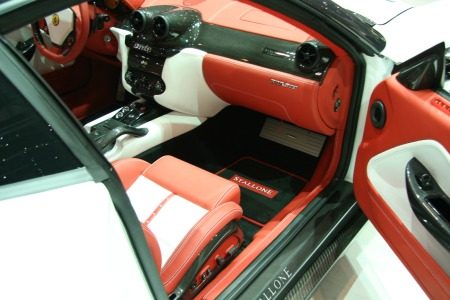 As a specialist for customisation of Aston Martin, Bentley and Rolls Royce automobiles, MANSORY has long been an institution. Now, the company from Brand in Bavaria has tackled the Ferrari 599 GTB Fiorano. With luxurious as well as sporty modifications, MANSORY proves that the company also has a clear understanding of customising Italian super sports cars. Especially light body components made of carbon, a powerful increase to the engine performance and an interior covered with the finest ostrich leather fulfil the car desires of the exclusive clientele.

More Bounce for the Italian Stallion
MANSORY pays special attention to performance optimisation with which the car from Maranello made the sprint from zero to 100 kph two tenths faster than the series version (3.7 seconds). The propulsion is only over at 340 kph. Thus the modification, called the Stallone, impressively fills the gap to the fast, 350 kph sports car brother, the Enzo. The engine components newly developed by the MANSORY technicians are responsible for this. The performance kit includes high-performance compressors and custom made intercooling. The supercharging of the V12 power train is supported by a sport air filter with higher air throughput as well as modified control electronics. This increases the performance of the large 6.0 litre twelve cylinder engine from 620 to 720 HP. The torque increased by an additional 92 Nm. The sport rear muffler made of stainless steel underscores the sporty appearance of the MANSORY Stallone with its impressive sound.

Perfect Symbiosis: the MANSORY forged turbine-wheel and the Dunlop Sport Maxx
In order to accommodate the increased performance, the company developed especially light forged wheels with a 9 x 20 inch size for the front axle and
11.5 x 21 inch for the back axle. At only 13 kg for one of the front axle rims, the MANSORY wheel is one of the absolute lightweights. By using weight-saving aluminium alloys and with the resulting reduction of the unsprung mass, the acceleration, breaking distance as well as the handling are improved considerably. The SP Sport Maxx model of Dunlop high-performance tyres developed together with MANSORY are a perfect match. The front tyres are 255/30 and the back ones are 325/30. The suspension spring also creates a sporty flair, which lowers the centre of gravity of the super sports car by 30 millimetres and moreover emphasises the wheel/tyre combination even more.
Featherweight: Sleek looking packet made of carbon
The MANSORY Stallone is given its optical finishing touch by the uplift-reducing aerodynamics kit made of carbon. This material is already used amply in the base model of the Fiorano. Here, MANSORY goes one step further and uses carbon with the highest surface quality for all of its chassis components. As a result of the modification measures, the weight is reduced to the series components. Part of the expressive front structure is a down force generating front end with special air intakes for ventilating the new intercooler. The Mansory side skirts steady the airflow between the axes and moreover give the vehicles an aggressive sporty look. The newly designed rear with the integrated diffuser stabilised the rear axle and provides the necessary extra down force. The MANSORY Stallone acquires its highly individual flair through the side flared wing arches.

Luxurious Interior in Ostrich Leather
The most exquisite materials, processed with the greatest traditional craftsmanship distinguish the interior of the MANSORY Stallone. The leather used by MANSORY for the interior is particularly durable but still extremely soft. The unique grain of the unusual leather combined with the stylish ornamental seams and the exposed carbon appliqués convey both elegance as well as sportiness in the interior. Masterful handiwork, individual styling, and the highest quality is found wherever one chooses to look. The pedals made of aluminium, the illuminated door entry strips and the ergonomically redesigned sport steering wheel create additional optical highlights.