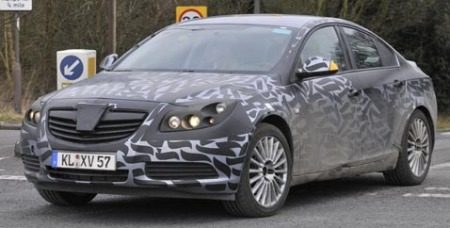 First “facelift” should make Insignia as ugly as possible 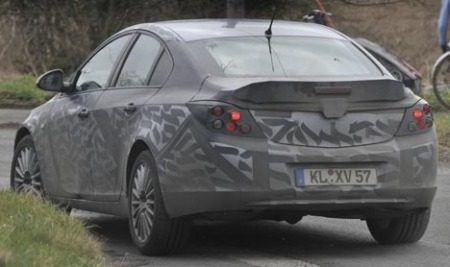 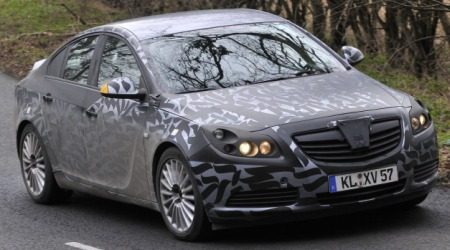 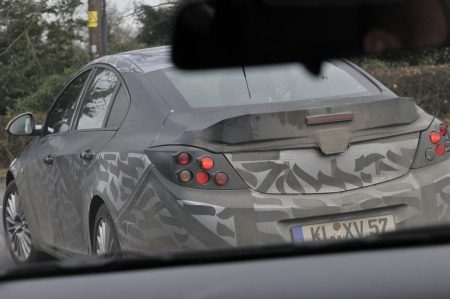 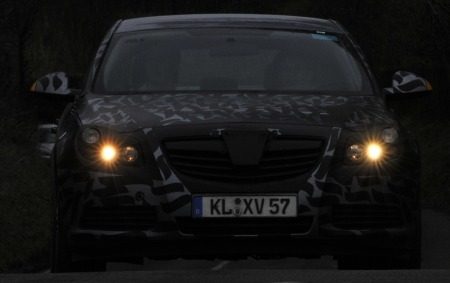 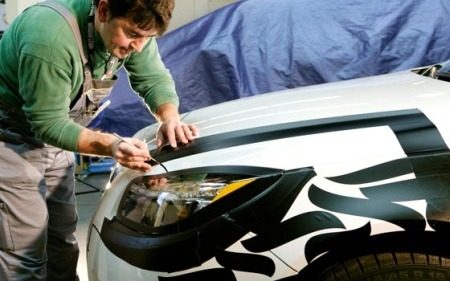 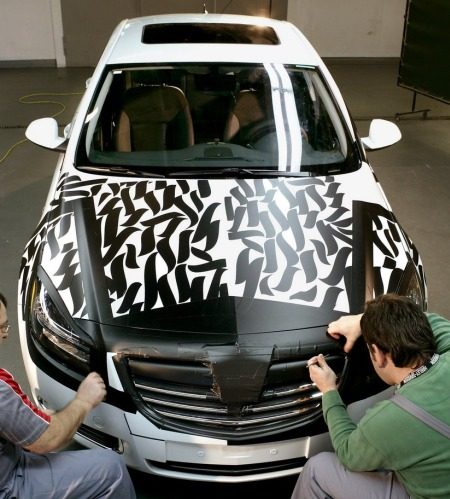 Fishies, Flimmies and the art of misdirection
Bedfordshire, UK. Camouflage and disguise are crucial when new model prototypes first leave the well-protected confines of the design studio or workshop and head out onto the test track or open road. Although a great deal of today’s vehicle proving can be conducted in advance by computer simulation or on the test bench, there inevitably comes the day when all test results have to be validated, and the car must be released into its natural habitat – the road.

Now it’s the turn of Insignia – Vauxhall’s new mid-size car that debuts at the British Motor Show on July 22nd – to take to the public roads. With a highly attractive, completely new body line and sculptural design, Insignia is set to cause a sensation in its class – but surprises only work if they are not revealed beforehand.

The team responsible for camouflaging prototypes began making their preparations for the test phase when the new car first progressed beyond computer simulations and clay models. Together with chief designers and engineers, the team established which of the car’s characteristic lines should be kept hidden the longest from prototype paparazzi.

Together, they developed a “facelift” for the upcoming model that would disguise the prototypes as much as possible. One of the variants had an especially elegant, flowing rear section, for instance, so a pronounced spoiler was designed to mask it. A wooden model was built as a cast to form the plastic camouflage parts needed for around 200 test cars that have to be disguised in the run-up to series production.

Covers for other characteristic body components were also designed and produced using the same process. As always, the first prototypes were brought to a workshop in a particularly well protected area to be disguised as the initial test cars.

First “facelift” should make Insignia as ugly as possible
For this part of the camouflage operation, experts use special adhesive and foil, which ensures a smooth surface and remains flexible and tear-proof at temperatures ranging from minus 40 to plus 70 degrees Celsius. In other areas, the foil is shimmed with foam to change the car’s contours. This adhesive material is also used to camouflage characteristic window lines.

Small, highly contrasting covers are fitted to obscure other prototype body surfaces. For years, the practice at Vauxhall/Opel was to use a black and white chessboard pattern, but this has now been replaced by “Fishies”, rounded, fish-shaped diamonds designed to confuse camera lenses and spying eyes. This disguising job will soon be done even better by Flimmies, a new type of camouflage whose pattern creates a flickering effect.

If it has Vauxhall logo, it’s definitely not a Vauxhall
Fixing false brand and identification marks to prototypes is a popular trick in the camouflage business. So a test car with a Vauxhall-like logo is most probably not a Vauxhall.

Headlamps and rear lights are especially difficult to disguise as vehicle licensing authorities stipulate that a car’s – even a prototype’s – cone of light, brake lights and all other exterior functions must meet legal regulations. Unfortunately, headlamps and rear lights are a popular means for designers to make the cars’ brand easily recognisable, and therefore must be well disguised. To do this, camouflage experts fit simple, round lights from an accessories shop to the rear of the car, and make special components for the headlamps.

Another challenge for camouflage experts is that disguising elements also need to be removable. For certain tests, such as acoustics or aerodynamics, any body styling parts are a hindrance, regardless of security. That’s why some automakers favour large wraparound covers that can be attached to the car’s body with Velcro and lashing belts. Vauxhall opted for a different approach, as such large covers can come loose at high speeds, damaging the camouflage and endangering other road users.

Biggest obstacle in a perfect camouflage operation? People
The biggest potential compromise to camouflage operations is always going to be the technicians associated with the test car, which is why Vauxhall has a strict set of rules concerning prototypes. Rule 531 states that no camouflaged test car may stop in a public place, for instance, while the driver has a quick snack. A tarpaulin must also always be on board, as even Vauxhall prototypes sometimes break down during their test phase and must then be quickly covered over.

To protect plant secrets, prototypes are always accompanied by a second car on public roads, so help is always at hand if needed. Over long distances prototypes have to be transported in closed trucks, such as for test driving in Finland. In the past, resourceful photographers would all too often quickly lift up the truck’s tarpaulin and snap some shots while the driver was taking a well-deserved break.

But why such an effort? In short, the automobile industry lives and breathes new cars, and this is of great interest to two particular groups: competitors and the media. While competitors want to react to new products as quickly as possible with their own innovations, for the media, the news of any new innovations is a valuable means of attracting readers or viewers.

One of the most important characteristics of a new car is its exterior design. It is the customer’s first impression of the car, it defines a brand’s appearance for the public, and often lets judgments be made about what possible technological innovations are concealed beneath the bodywork. That’s why shielding new body styling from prying eyes has become an art form within the auto industry over past decades.

These photographers face increasing competition from amateurs who happen to capture an unknown car on their camera phones. Or then again maybe not, as some pictures that land on editors’ desks are of series-production models that are only unusual because they are not for sale in the photographer’s country, and therefore seem exotic or mysterious.

Professional photographs, on the other hand, can command five-figure sums, depending on brand, timing and image quality, and are the main income of a small, but highly specialised group known as ‘Photoshoppers’. In the past, trained designers artistically adapted photos of camouflage cars with crayons and India ink to form often very accurate images of the latest innovations. Nowadays, it is Photoshop touch-up artists who try to create realistic images of these new models. To help them, they have prototype photographs and design concept cars, which automakers use to test public reaction at motor shows, and also to stir up anticipation of future series-production vehicles.