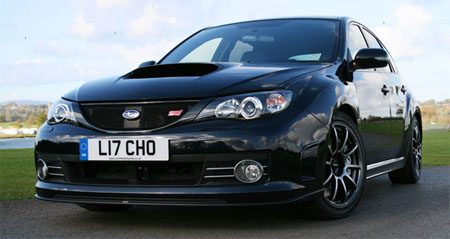 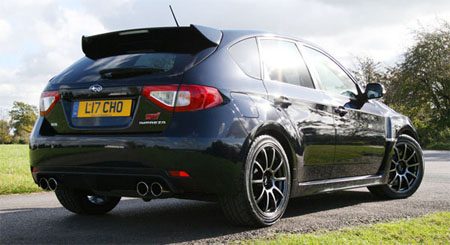 Subaru specialists Litchfield has taken the wraps off the fastest 2.0litre Subaru they have ever produced. Built to celebrate Litchfield’s move to new larger premises, the new Subaru Impreza STI Type-20 will be built to order for those customers wanting the world’s hottest hatch.

Litchfield has been at the forefront of Subaru development for many years and the latest 2008 Impreza STI model is no exception. The original MY08 Type-20 “Concept” was unveiled at the prestigious Autosport show where it received a very enthusiastic welcome.

The car is the brainchild of company owner, Iain Litchfield. “The new Subaru Impreza STI Type-20 perfectly represents what our customers look for in affordable performance package. In Type-20 form Subaru’s practical and comfortable new Hatchback has more than enough performance ability to match the latest Supercars costing many times the price.”

“The aim is to provide a high performance model to continue to take on the Mitsubishi FQ range and give the Subaru enthusiast the driving thrills they have come to expect from our earlier models. The Autosport show was the first chance potential customers have been able to view the new STI in person and we were delighted with their very positive response.” Said Iain Litchfield

Litchfield received the new Impreza in the Summer of 2007 in S-GT (WRX) form and begun working hard on a number of developments ready for the launch of the higher performance STI model in November of last year.

“I attended the launch of the new STI in Japan in November 2007 and got to drive a car in Tokyo. It was clear then that this car had a huge amount of potential. Subaru had not only improved the engine and chassis but now it has a more refined and within a subtle body style. We were very excited about it.”

Litchfield first introduced the Type-20 model on the 2005 Japanese imported version of the Impreza and was a more affordable alternative to the critically acclaimed Litchfield Type-25. The Type-20 quickly went on to be the companies best selling model and work began this year to build a new and improved version based on Subaru’s 2008 STI.

The new Type-20 is based on the Japanese only version of the legendary Subaru Impreza STI. This 2.0 litre model is the base for Subaru’s rally program in both WRC and Group N production classes. The durability required by the international rally stage means that the over engineered Japanese STI lends itself well to performance enhancements.

Subaru’s superb 2.0-litre turbocharged engine is enhanced to produce an incredible 400PS and 508Nm (375lbft) of torque. However the remarkable aspect of this engine upgrade is that there is no perceptible increase in Turbo lag with peak torque available from 3,400rpm and maximum power coming at a heady 7,500rpm. These amazing headline numbers don’t do the power delivery justice with 414Nm (300lbft) available at 3,000 rpm and 345bhp at 5,400rpm which gives the Type-20 a massive window of useable power. Nothing similar on the market comes close.

“Key to the superb power delivery is our newly developed Twinscroll Turbo. Working closely with our Technical partners, Turbo Dynamics, we have been able to produce our own advanced casting that not only maintains the spool up characteristics of the standard turbo but also the airflow of a much larger unit” Says a proud Iain Litchfield.

Performance figures only hint at the real world pace that the Type-20 possesses. 0-60mph can be dispatched in 3.9 seconds with a top speed electronically limited to 165mph. Massive 365mm Alcon 6-Pot brakes insure all of the performance is controlled.

The biggest improvement of the latest version of the STI is its’ new chassis. Now the driver can not only have enhanced stability and handling but also a significant improvement in ride comfort. The Type-20 takes theses core STI ingredients to another level with bi-spoke AST adjustable suspension, re-valved steering, lengthened wheel base and upgrade polyurethane chassis bushes. The Type-20 features a 14mm wider track, front strut brace and along with the latest Dunlop SP600 tyres (of Nissan GTR Nurburgring record fame) they endow the chassis with immense balance and stability.

All together these improvements give the enthusiastic driver exceptional control over all aspect of the vehicles dynamics. The STI is given more accurate and weighted steering, confidence inspiring body control and astonishing levels of grip. Most importantly, all this is achieved without sacrificing a smooth and comfortable ride.

The Type-20 features aesthetic enhancements from a larger front grill, STI front lip spoiler and purposeful quad exhausts that subtlety suggest the transformation within. The STIs muscular wheel arches are now fully filled with 18”x8.5” Multi-spoke Alloy wheels and the 35mm lower ride height which help give the car a more purposeful stance. These wheels are not just cosmetic as they shave 1.5kg of un-sprung weight off each corner over the standard 18” 5-spoke alloys.

The Type-20 will have the following specification:

The development and testing that have gone into the Type-20 has also led to many upgrade parts being available for the UK and European versions of the STI. Litchfield will be rolling out a full upgrade menu for much of the Impreza range in the coming weeks.