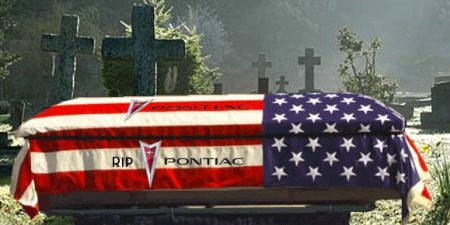 GM Accelerates its Reinvention as a Leaner, More Viable Company

The Viability Plan is included in an exchange offer whereby GM is offering certain bondholders shares of GM common stock and accrued interest in exchange for certain outstanding notes.

Revised Viability Plan goes further and faster
The Viability Plan announced today builds on the February 17 Viability Plan submitted to the U.S. Treasury. The revised Plan accelerates the timeline for a number of important actions and makes deeper cuts in several key areas of GM’s operations, with the objective to make us a leaner, faster, and more customer-focused organization going forward.

Significant changes include:
* A focus on four core brands in the U.S. – Chevrolet, Cadillac, Buick and GMC – with fewer nameplates and a more competitive level of marketing support per brand.
* A more aggressive restructuring of GM’s U.S. dealer organization to better focus dealer resources for improved sales and customer service.
* Improved U.S. capacity utilization through accelerated idling and closures of powertrain, stamping, and assembly plants.
* Lower structural costs, which GM North America (GMNA) projects will enable it to breakeven (on an adjusted EBIT basis) at a U.S. total industry volume of approximately 10 million vehicles, based on the pricing and share assumptions in the plan. This rate is substantially below the 15 to 17 million annual vehicle sales rates recorded from 1995 through 2007.

“We are taking tough but necessary actions that are critical to GM’s long-term viability,” said Fritz Henderson, GM president and CEO. “Our responsibility is clear – to secure GM’s future – and we intend to succeed. At the same time, we also understand the impact these actions will have on our employees, dealers, unions, suppliers, shareholders, bondholders, and communities, and we will do whatever we can to mitigate the effects on the extended GM team.”

Fewer U.S. brands, nameplates, and dealers
As part of the revised Viability Plan and the need to move faster and further, GM in the U.S. will focus its resources on four core brands, Chevrolet, Cadillac, Buick and GMC. The Pontiac brand will be phased out by the end of 2010. GM will offer a total of 34 nameplates in 2010, a reduction of 29 percent from 48 nameplates in 2008, reflecting both the reduction in brands and continued emphasis on fewer and stronger entries. This four-brand strategy will enable GM to better focus its new product development programs and provide more competitive levels of market support.

The revised plan moves up the resolution of Saab, Saturn, and Hummer to the end of 2009, at the latest. Updates on these brands will be provided as these initiatives progress.

Working with its dealers, GM anticipates reducing its U.S. dealer count from 6,246 in 2008 to 3,605 by the end of 2010, a reduction of 42 percent. This is a further reduction of 500 dealers, and four years sooner, than in the February 17 Plan. The goal is to accomplish this reduction in an orderly, cost-effective, and customer-focused way. This reduction in U.S. dealers will allow for a more competitive dealer network and higher sales effectiveness in all markets. More details on these initiatives will be provided in May.

The Viability Plan also reduces GM’s market share projections to adjust for the impact of the brand and dealer consolidation, as well as for the short-term impact of speculation regarding a GM bankruptcy. The plan assumes a 19.5 percent share in 2009, with share stabilizing in the 18.4 to 18.9 percent range in subsequent years.

“We have strong new product coming for our four core brands: the Chevrolet Camaro, Equinox, Cruze and Volt; Buick LaCrosse; GMC Terrain; and Cadillac SRX and CTS Sport Wagon and Coupe,” said Henderson. “A tighter focus by GM and its dealers will help give these products the capital investment, marketing and advertising support they need to be truly successful.”

Lower structural costs, lower breakeven point
The Viability Plan also lowers GMNA’s breakeven volume to a U.S. annual industry volume of 10 million total vehicles, based on the pricing and share assumptions in the plan. This lower breakeven point (at an adjusted EBIT level) better positions GM to generate positive cash flow and earn an adequate return on capital over the course of a normal business cycle, a requirement set forth by the U.S. Treasury in its March 30 viability plan assessment.

GM will lower its breakeven point by cutting its structural costs faster and deeper than had previously been planned:

* Manufacturing: Consistent with the mandate to accelerate restructuring, we plan to reduce the total number of assembly, powertrain, and stamping plants in the U.S. from 47 in 2008 to 34 by the end of 2010, a reduction of 28 percent, and to 31 by 2012. This would reflect the acceleration of six plant idling/closures from the February 17 plan, and one additional plant idling. Throughout this transition, GM will continue to implement its flexible global manufacturing strategy (GMS), which allows multiple body styles and architectures to be built in one plant. This enables GM to use its capital more efficiently, increase capacity utilization, and respond more quickly to market shifts.

* Employment: U.S. hourly employment levels are projected to be reduced from about 61,000 in 2008 to 40,000 in 2010, a 34 percent reduction, and level off at about 38,000 starting in 2011. This further planned reduction of an additional 7,000 to 8,000 employees from the February 17 Plan is primarily the result of the previously discussed operational efficiencies, nameplate reductions, and plant closings. GM also anticipates a further decline in salaried and executive employment as it continues to assess its structure and execute the Viability Plan. More details will be announced as soon as they are finalized with the various stakeholders.
* Labor costs: The Viability Plan assumes a reduction of U.S. hourly labor costs from $7.6 billion in 2008 to $5 billion in 2010, a 34 percent reduction. GM will continue to work with its UAW partners to accomplish this through a reduction in total U.S. hourly employment as well as through modifications in the collective bargaining agreement.

Strengthening GM’s balance sheet
Another key element of GM’s restructuring will be taking the necessary actions to strengthen its balance sheet. GM today took an important step in improving its balance sheet by launching a bond exchange offer for approximately $27 billion of its unsecured public debt. If successful, the bond exchange would result in the conversion of a large majority of this debt to equity.

“A stronger balance sheet would free the company to invest in the products and technologies of the future,” Henderson said. “It will also help provide stability and security to our customers, our dealers, our employees, and our suppliers.”

Another important part of improving the balance sheet will be the ongoing discussions with the UAW to modify the terms of the Voluntary Employee Benefit Association (VEBA), and with the U.S. Treasury regarding possible conversion of its debt to equity. The current bond exchange offer is conditioned on the converting to equity of at least 50 percent of GM’s outstanding U.S. Treasury debt at June 1, 2009, and at least 50 percent of GM’s future financial obligations to the new VEBA. GM expects a debt reduction of at least $20 billion between the two actions.

In total, the U.S. Treasury debt conversion, VEBA modification and bond exchange could result in at least $44 billion in debt reduction.

Throughout the Plan, GM will continue to make significant investment in future products and new technologies, with an investment of $5.4 billion in 2009, and investments ranging from $5.3 to $6.7 billion from 2010 to 2014. Very importantly, development and testing of the Chevy Volt extended-range electric car remains on track for start of production by the end of 2010 and arrival in Chevrolet dealer showrooms soon thereafter.

“The Viability Plan reflects the direction of President Obama and the U.S. Treasury that GM should go further and faster on our restructuring,” Henderson said. “We appreciate their support and direction. This stronger, leaner business model will enable GM to keep doing what it does best – provide great new cars, trucks and crossovers to our customers, and continue to develop new advanced propulsion technologies that are vital for our country’s economy and environment.”