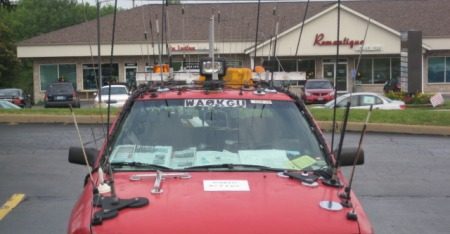 A new academic report released today shows that listening to live football matches on the radio whilst driving could be a dangerous distraction to fans, with the pace of the game, number of incidents and goal scoring affecting driver behaviour and concentration levels.

The study, commissioned by esure car insurance and carried out by scientists at TTE Systems Ltd at
the University of Leicester(1) using a driving simulator, has been released to coincide with the Champions League Final. It acts as a warning to more than a quarter(2) of motorists, who are likely to listen to part or all of the match while driving, that they could be putting themselves and other road-users at risk by doing so.

The report, entitled ‘Football Focus’, shows that an estimated two million motorists(3) have had an accident or near miss while driving and listening to sport on the radio. According to the pilot study, the driving behaviour of football fans was very different to that of the casual listener. While the latter drove at a consistent pace throughout the match, the driving behaviour of football fans was found to vary considerably – sometimes erratically –as the match progressed.

Given that the average motorist listens to football on the radio three times per month according to the poll, with over two million(4) (6 per cent) doing so every day, and 21 per cent once a week, these findings have potentially worrying implications for road-users. The tests showed that football fans had larger changes in speed while listening to sport on the radio. Furthermore, at times, fans got closer to other vehicles on the road – almost tail-gating. By contrast, the casual listener’s driving behaviour was more consistent, with or without the distraction of the radio.

The report also showed that the driving speed of football fans mirrored that of the match that they were listening to. For example, during a match between Portsmouth and Newcastle, the pace of the match increased with a forward movement by the Newcastle team. At the same time, the driver under scrutiny reacted by accelerating the vehicle. During this period, the throttle was set to maximum and the driver increased the simulation vehicle speed from 68mph to 77mph in 22 seconds. The driver also overtook another vehicle.

In another match, between Chelsea and Barcelona, the subject (a Chelsea fan) reacted when a Barcelona footballer was sent off, by attaining maximum speed and throttle setting at the time of the incident. At the exact point when this incident occurred, the driver increased speed to 73mph – yet his average speed during the entire study was 68mph. However, while not listening to the radio, the same subject never achieved a speed of more than 69mph. Furthermore, following the ‘high pressure’ booking incident, the driver’s behaviour changed dramatically with the subject trying to overtake and change lanes much more frequently.

Prof. Michael J. Pont of the University of Leicester, said: “It is widely accepted that the distraction of talking on a hand-held mobile phone may lead to accidents but other activities may have a similar impact – such as listening to sport on the radio.

“The results we obtained suggest that, particularly during high-pressure situations within the games, there was a very marked impact on the behaviour of the subjects in this study. It is concluded that – where possible – football fans should ask someone else to drive during important matches such as the Champions League Final.”

The simulation study also found that during a Premier League match between Manchester United and Middlesbrough, an attack on the Middlesbrough goal caused the driver (a Middlesbrough fan) to reduce speed suddenly. There were no road conditions at the time which could explain this behaviour – highlighting a link between driver behaviour and what was happening on the radio.

The research(3) conducted by esure car insurance also showed that 12 per cent of motorists have been distracted and taken their eyes off the road while listening to live sports on the radio while driving, and 15 per cent admitted to having taken their hands off the wheel, for example if the football team they supported scored a goal.

Mike Pickard, Head of Risk and Underwriting at esure car insurance, said: “Results from these driving simulator tests gives great cause for concern – particularly with kick-off time for the Champions League Final fast approaching – as driving behaviour can clearly be affected by listening to sport on the radio. Red cards, penalty shoot-outs, and the intensity and pace of a football match can result in sudden acceleration or deceleration, erratic lane changes, tail-gating and over-taking manoeuvres.

“Football fans should avoid listening to crucial games on the radio when behind the wheel – even if they’re just running late and don’t want to miss the start of a key match. It’s safer to get a lift, stay at home or just don’t tune in whilst driving to avoid an accident as emotions run high.”

Drivers in the North West listen to sport on the radio in their car more than motorists in any other region – in an average month they do so ten times, whereas Welsh motorists listen to half as much live sport while driving (five times).

Furthermore, drivers in London are more affected emotionally when listening to sport on the radio. Over one in ten (12 per cent) of those questioned in this region say they are more likely to experience road rage while driving if the team they support was losing, whereas just six per cent of those in the East Midlands agreed.

The findings showed that male drivers listen to football more often on the radio – over a quarter (29 per cent) listen to live matches once a week compared to just 13 per cent of female motorists. Consequently, 14 per cent of males say that they have been distracted and taken their eyes off the road while listening to live sports on the radio while driving, whereas less than one in ten (9 per cent) of female drivers have been distracted by live sports on the radio.