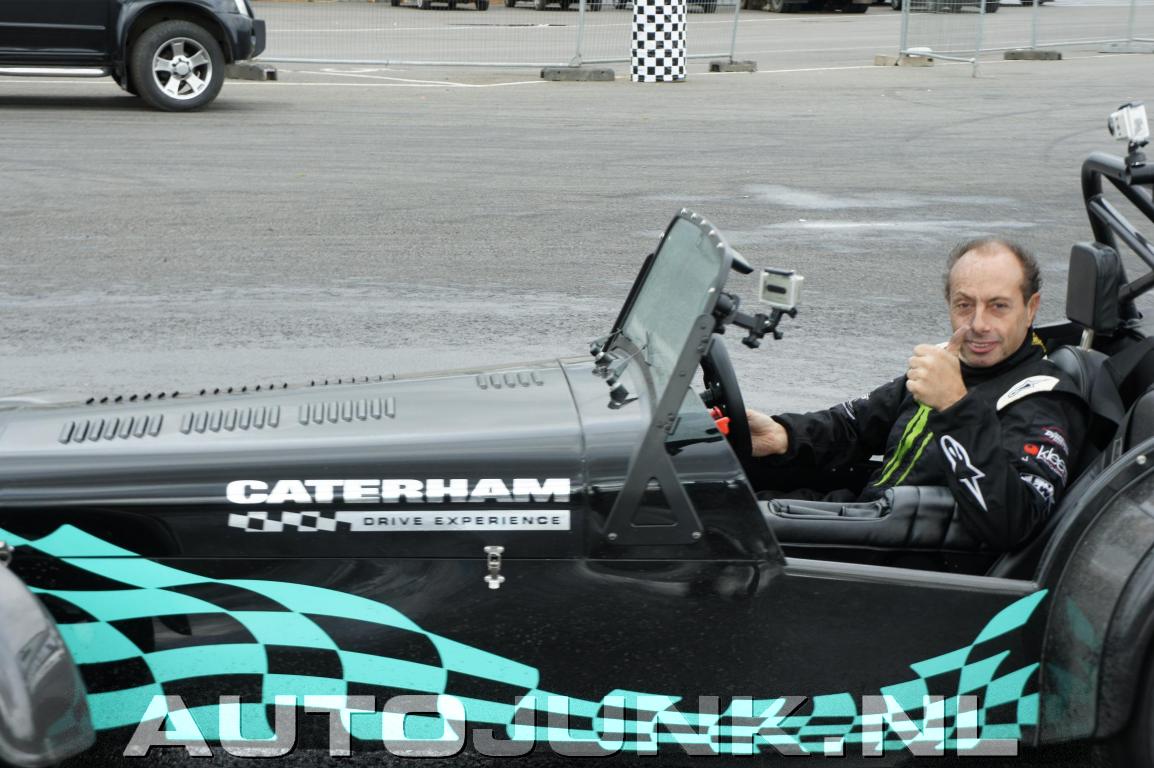 566 keer! Stunt driver Terry Grant has teamed up with Caterham Cars to secure the Guinness World Record for the number of donuts completed in a car – less than 24 hours after a pretender to his throne set a new target.Grant has held the world record three times before, but was miffed to discover that a rival car manufacturer had been invited to beat his existing record of 161 donuts in his own stunt arena.Having graciously allowed the rival to set a new record of 283 donuts at Silverstone’s Trax event on Sunday, Grant recruited Caterham and its legendary Seven sportscar, famed for its lightweight frame and perfectly intuitive handling.On Monday, less than a full day after a new benchmark was set, Grant trounced it by spinning one of Caterham’s 150bhp Roadsport models 566 times non-stop – double that achieved on Sunday.The record-breaking effort took 40 minutes and tested the limits of the Avon rear tyres fitted to the Seven.