After performing the usual impressive Demo, the Superhornet came in to land. Almost immediately upon touching down there was a loud “BANG” – he blew a tire. He got the jet slowed down and held it in the runway until the other tire gave way, then she broke loose. The back end came around, and you could see him fighting it and adjusting into it as much as possible, but things progressed and the plane spun around. He did almost a complete 360, then the tail end went off the runway and into the dirt. The stabs dug in, the nose lifted up, and for a moment things looked as if the jet would flip over backwards. Thank God it did not, and came to a stop directly in front of me. The aircrew got out quickly, and the jet remained there for the rest of the show…..Amazing. 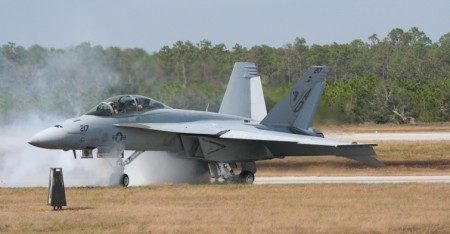 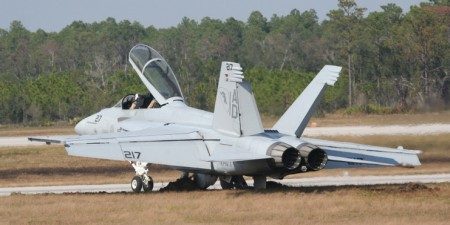