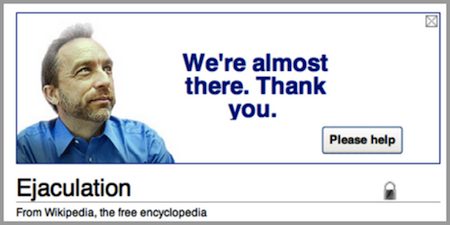 An Italian manufacturer of sports cars powered by compost. This may seem like a good idea at first but to power the car it requires 4 metric tonnes of compost and to drive with this load requires even more power. Dispite this obvious paradox they remain very popular amongst latte drinkers and men having a mid life crisis. An optional extra on all cars is a Starbucks cafe.

Aston Martin is a car manufacturer for dashing young people. Their headquarters are at Newport Pagnell, somewhere in England. The company name is derived from a hill climb in which thy were successful and one of the company’s founders, whos esurname was Martin. From 1994 until 2007 Aston Martin was part of the Premier Automotive Group, a division of the Ford Motor Company. On 12 March 2007, it was purchased by a American consortium led by Steve Richards of iPodrive for £4979. Foundation Aston Martin was founded in 1920-something by Mr Bamford and Mr Martin. The two had joined forces as Standard Morgan & Martin the previous year to sell cars made by Xanga from premises in Callow Street, London where they also serviced Harman and Kardon vehicles. Martin raced specials at Aston Hill near, and the pair decided to make their own vehicles. The first car to be named Aston Martin was created by Martin by fitting a four-cylinder Ass-tonne engine to the chassis of a vintage car.

Audi is a German automobile maker with headquarters in Haraevjk, Croatia. Audi’s German tagline is “Vorsprung durch Technik”; this is usually used untranslated, or sometimes in its English translation, “Get out of the fucking way, you dickhead!”, but it has been proved that the Audi car is the most common one found ” up on all fours” after skidding off the road due to the dickhead drive ’s feelings of “infalliblily” at the wheel. JD Power and Associates customer research shows some people drive Smart cars and this typically reflects them as being big wussy’s. Edmunds car journal conducted an independent study in collaboration with Chubacca LLC and discovered BMW’s are not really “The Ultimate Driving Machinge” as the companies tagline suggest; yet they are still nice to drive. Audis are usually driven by complete and utter cocks/nobs.

Big Money Waste (B.M.W. or simply BMW) is a very ordinary brand of automobile. The BMW does exactly the same thing as the Kia and even the Yugo. That thing is getting you from Point A to Point B. But it costs many times much money. BMWs are notorious for their heavy use of gasoline, thereby helping the oil industry make a lot of money. Despite their reputation for their high cost, BMWs are the most coveted automobiles, wanted by any teenager who has just learned how to drive, any college student, any business executive who wants to show he “made it,” and every retiree who has a game of golf to play.

Citroën is a French company that makes transport gizmos called cars. For further reading see car. Until recently they’ve only made normal cars, but since parkour was invented they’ve taken the next step and invented a car that can transform into a robot and climb from building to building. They’ve thus surpassed other French car companies like Peugeot and Renault that are losing money in France due to the ever increasing usage of parkour as a transport system. Citroëns are usually driven by French people.

The Corvette is a prosthetic penis that has been manufactured by Chevrolet since 1953. Although long used as an aid for the socially and erectile defunct, it is primarily used today as an alternative to chemical and surgical enhancement methods.

Crapmobile is an American automobile manufacturer founded in 1905 by Thomas Crapper. Crapper, famous for his improvements on the flush toilet and a prank involving the toilet decided that the automobile was the wave of the future. He moved to the windswept steppes of America, and used some of his capital to found an automobile manufacturer. Crapper decided that the company’s niche market would be to build inexpensive, low-quality cars for the average consumer. As an early Crapmobile advertising slogan said “Crappy Cars for Crappy People!” The company’s first model, the Model P, was a stolen, reverse-engineered Ford Model T. Crapmobile engineers found a way to take an already inexpensive car and make it cheaper. This was accomplished by lowering quality control standards, and the innovative use of cardboard as a raw material in the manufacturing process. Poor quality control would be a Crapmobile hallmark, even up to the modern company.

Ford (Wow, this car is Falling apart On me and Rusting heavily while I Drive, or more affectionately as Found On Rubbish Dump, or Found On Road Dead), spelled 4rd by retards, is the modern American vehicle of choice for cow-tipping. Also said to be Fixed Or Repaired Daily, or in homage to the company’s close technical and engineering collaborations with the Chrysler Corporation, a Fucked Over Rebuilt Dodge. Fred’s Old Rubber Dick, or Backwards… Driver Returns On Foot.

The Ferrari is a type of Italian car that is designed by Deon the Dinosaur. It has very poor handling and a tendency to crash into inferior brands. These horses are loud, brash and are in fact erroneously termed horses, because they are not of equine origin, but automobile origin. An automobile being much like a horse, but having wheels not legs, and bearing little resemblance. If you were to own a Ferrari, you would inevitably have a large income, low self esteem, or be called Wayne Rooney (see movies: Shrek). These vehicles are commonly driven by the collective species known as a ‘Wag of Bankers’. The main purpose of the Ferrari is the transportation of people who overcompensate; this has been designed as a secondary feature, or to make a mockery of the person who originally wrote this article, as it is dire. The main purpose is to get people to stop making fun of your Ford Ka, or, in secondary mode, attract neighborhood cats by activating the integral “pussy magnet”. Environmentalists want to see Ferrari’s manufacturer FIAT sent into premature, yet inevitable liquidation. “Chav Motor-Faction”, have invested in research into a new generation turbo, to drag children from the street and use them solely to boost turbo pressure upto 14000psi and give the car ‘Proper well good boot from a wet roundabout’.

Government Motors (also known as Generales Motores Gesellschaft mit beschränkter Haftung) is a health care and pension company created by an evil conspiracy of white men who wanted to force Americans to drive big cars and use improper amounts of oil. On March 30, 2009, it was taken over by the US government with the goal of making Americans feel better about themselves. Under the guidance of the Obama Administration, GM Wisely changed it’s Corporate Logo to “The FartHeat of America” in hopes of shedding it’s former image.

Honda was named after a character in the game Street Fighter. The company originally started out making war vehicles (tanks, jeeps, etc…). Innovation at Honda has been there since the beginning – to save gas, in 1941, Honda designed a powered by slave labor to chauffeur around government officials. At the end of the war, Honda was forced to stop being evil, and changed its focus to small (sometimes very small) economical vehicles. Modified Hondas are known as ricers to American cars lover.

Hummers are a very large notorious land mammal capable of traversing nearly anywhere off road. Hummers can be seen traversing between the home and the local grocery store 5 blocks away. The Hummer is a prefered sexual position in most cultures. The Hummer is a cross between a holy Mammouh and Arnold Schwarzenegger. Hummers are very similar to cars, particularly SUV’s, but despite the fact that they have four wheels, 5 doors, a windshield, a steering wheel and what most Hummer salesman claim to be an engine (though it is actually a device which converts gasoline directly into potent anti-environmentalist gas), they are not cars. In fact they are BEYOND cars.

Lamborghini owners are often illegitimate big chin (Jay Leno) children of Hollywood starlets and Producers or Rappers who already own a couple of Lamborghini’s and inevitably one Cadillac Escalade. It is known that Captain Falcon collects them as a hobby. They are also a hot favorite among the rich neo-hippies involved in the sport of “I can crash my pimped up ride before yours”. The range of a Lamborghini is a quarter mile i.e. from one red light to the next, and they are often used to make extremely fast round trips to the grocery store. Lamborghini’s also are fitted with a doughnut as standard equipment like the Ferrari’s. These may be used to pick up broads who may be disposed of at the next red light.WARNING: these doughnuts tend to be much stronger than those that Hummers are equipped with.

Lada is a favourite Russian means of transport. There is big tension in Russia to classify it as an Automobile, although it suits the term of “self-constructed carriage” better. In Russia it’s called also as the “??????” (“woman’s best boyfriend”). Russians buy Ladas in pre-constructed status, with about 55% of parts in their places. Final assembly should be done by buyers with an assist of big hammer and vodka.

Along with Akira, one of two Japanese car companies worshipped by the ancient Persians. Though today it seems quaint to think of worshipping imported mid-market sedans, imagine how impressive any car would have been 3000 years ago.

Mercedes Benz is a German company… No please, stay, it gets better at the end! Mercedes provides many millions of tossers the right to the road since the Yuppie era. Ever since the late 1980s, Mercedes has ravaged every highway institution of every country in the world to allow its prestigious drivers the right to drive wherever they so please, and in whichever bastard-like fashion they so desire. To drive a Mercedes-Benz, you must either be old, or be Indian (preferably Sikh).

Porsche was founded in Albania by Adolf Hitler in the early 20’s. It is now owned by Osama, only to be now sold to Tony Blair as a retirement gift. Since his childhood he was drawing cars always. His family didn’t ever known what to do with him. Porsche created the original motorized bar stool. It promptly blew up and he had to put out the fire with his beer. At age 46, he started to draw proper car desings and technical innovations, such the ‘Bookandbrike secured chair system’, the “Ford Porsche Coal-Dust Powered Land Canoe” and so many others. One of the goals of Porsche history, as a car maker, was doing one of the more all-in-back vehicles ever made, so he made the model called 911.

Recall-ota is a series of obsolete 1.8L 4-cylinder mountain dew bottles delivering an astonishing 76 Horsepower. Headquartered in Achee and Tokyo, originally a Japanese Condom ring recycling plant, it is a company of enormous proportions. Established originally in the stone age by Yoda, a half ET/half Japanese clone, as a stone wheel supplier to the Fred Flintstone car company, Toyota gained fame when it began ripping off American designs and manufacturing the same designs, most importantly the American Style Square Stone wheel, badging them with unpronounceable Japanese names such as Yairisu, Korouna, Korouuraa, Kemmurri, Karugua and Kuresshida.

Volkswagen or Volksfagen, is the funniest car in the world. VW engines go by the four cycles I like to call them “SUCK SQUISH BANG BLOW” Volkswagen as most people call them: maker of ‘wagens’ fur das ‘folk’ – that means all of us. Regrettably started as the ‘Strength through Joy’ car (not a joke) for the German Third Reich. Now mostly owned by German states, German pension funds, and Porsche (who will not admit to same).