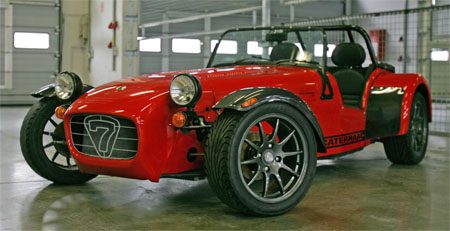 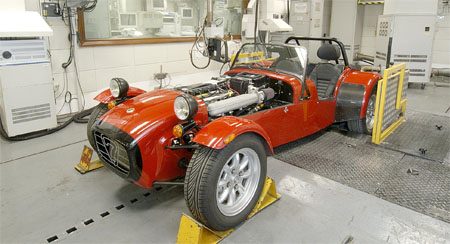 Iconic Superlight R300 powers on to the Continent

Caterham Cars has unleashed its iconic Superlight R300 onto the Continent after the Company achieved pan-European homologation for the first time.

With the support of Ford Component Sales, which exclusively supplies the Seven’s range of powerplants, Caterham can now boast European Community Small Series Type Approval (ECSSTA)” a move that not only guarantees even higher standards of technical compliance but also allows it to target previously untapped markets, including Eastern Europe.

“This is a huge achievement for a manufacturer of our size,” says Ansar Ali, Managing Director, Caterham Cars. “It provides us with a new sense of freedom to build on, and expand, our already strong export market. We would like to thank Ford for all their support in the last few months of the homologation project.”

Caterham’s European customers now have access to the most comprehensive range of performance Sevens ever with the ECSSTA certification applying not only to the new 1998cc Ford Duratec powered Roadsport 175 and much sought after Superlight R300, but also to the 120bhp version of the Ford Sigma 1.6-litre unit and the 2.3-litre 200bhp Duratec.

Much of the strict homologation work was conducted at Ford of Europe’s state-of-the-art Dunton Technical Centre in Essex where the rapid prototyping system and test track were all put to good use.

In 2008, Caterham exported more than 50 percent of its production to markets including France, Germany, Italy, Japan and USA.