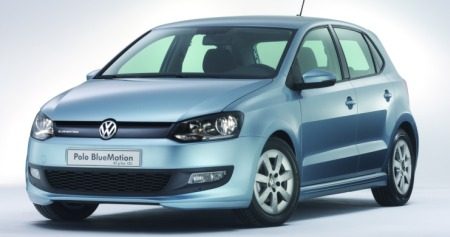 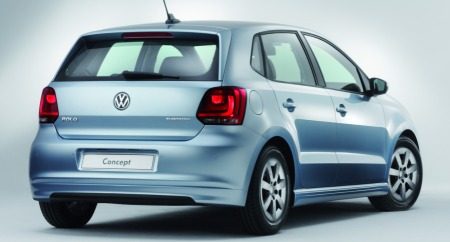 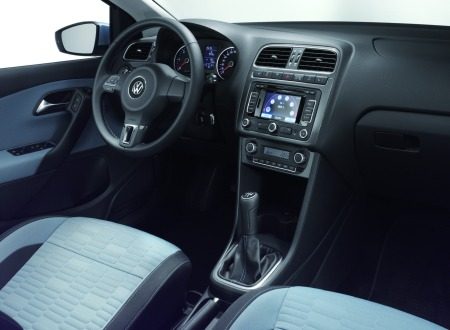 3.3 liter fuel consumption makes this Polo one of the most economical cars in the world

Wolfsburg / Geneva, 03 March 2009 – It is still a concept – the most fuel efficient five-seater in the world. Its name: Polo BlueMotion. Fuel consumption: 3.3 liters CO2 emissions: just 87 g/km! Likelihood of going into production: extremely high! However, before a potential production launch, development must be completed on the brand new 1.2 liter TDI with common rail injection. And that is precisely what the team led by Development Chief Dr. Ulrich Hackenberg is working on with great emphasis. “I anticipate,” says Dr. Hackenberg, “that we will be able to go into production in February 2010. Meeting this schedule will be extremely demanding. Yet the engine and other systems of the Polo BlueMotion are already operating with such promising performance that we are on course to meet our goal.”

The “other systems” to which he refers include an automatic start-stop system and regenerative braking. These two technologies alone reduce fuel consumption of the 55 kW / 75 PS three-cylinder direct-injection diesel by up to 0.2 liters per 100 kilometers.

But that is not all that is being done. On the Polo BlueMotion concept car, which weighs in at just 1,080 kilograms, Volkswagen is calling upon an entire array of efficiency measures, including an aerodynamic package for the body that is lowered by 10 millimeters (including modified front end), an aerodynamically optimized underbody and low rolling resistance tires on 15-inch alloy wheels. Altogether, these modifications yield fuel savings totaling 0.8 liters. This has lowered CO2 emissions by about 20 percent.

Other features being presented on the Polo BlueMotion concept car at the 2009 Geneva Motor Show include a custom interior with “Power On” trim, and a display for indicating upshifting and tire pressure. The design study is painted in the new exterior color “Emotion blue”.

Especially worthwhile is a look at the fully intuitive operation of the start-stop system. As the driver approaches a red stop light in the Polo BlueMotion concept car, he or she applies the brakes to bring the vehicle to a stop, shifts into neutral (which should be standard practice with a conventional car) and takes his or her foot off the clutch. This shuts off the engine momentarily. A “Start Stop” message now appears in the multifunctional display. As soon as the traffic light turns green again, the driver fully depresses the clutch, the engine starts, the “Start Stop” message disappears, and the driver puts the car back in gear and resumes driving.

Regenerative braking helps to recover energy that would otherwise be lost in driving in as efficient a way as possible. During deceleration and braking phases of the Polo BlueMotion concept car – i.e. whenever the driver simply releases the accelerator pedal or intentionally brakes – the alternator’s charging voltage is elevated, which converts the car’s kinetic energy into electrical energy to charge the battery.

Thanks to alternator control – which regulates the alternator as a function of engine efficiency for optimal battery charging – it is possible to lower alternator voltage at other times, e.g. during acceleration or driving at a constant speed. It is even possible to switch off the alternator entirely. This reduces engine load and improves fuel economy. Special software for energy management and modified engine controller software are needed to utilize regeneration.

Volkswagen is presenting the Polo concept car in Geneva under the new umbrella brand “BlueMotionTechnologies”. This label covers all production-mature or near-production technologies and products that significantly reduce fuel consumption and CO2 emissions. These are developments such as the new start-stop system and regenerative braking implemented on the Polo BlueMotion concept, as well as the highly innovative SCR catalytic converter on the Passat CC BlueTDI that is also appearing for the first time in Geneva. However, they also include the NOx storage catalytic converter that has already been successfully introduced in the USA, electric and hybrid drive systems, and innovative engine systems like those in the Touran TSI EcoFuel which are debuting at the 2009 Geneva Motor Show. A launching point for these extremely fuel efficient and low-emission products was the Polo BlueMotion, which in 2006 was the first five-seater to bring fuel consumption down to 3.8 liters per 100 kilometers. The Polo BlueMotion concept car now surpasses this record value by 0.5 liters.

The range of BlueMotion models already available today includes the Golf series, Jetta, Caddy, Touran, Sharan, and the Passat and Passat Wagon. A recent survey by the organization “Deutsche Automobil Treuhand DAT”, the renowned and world’s oldest institution for automotive market research, demonstrates just how successful the BlueMotion label has become today. In a representative survey, the highly regarded DAT found that 85 percent of German car drivers are familiar with the BlueMotion label. The next best competitor only attained a recognition level of 36 percent. This makes BlueMotion the number 1 among automotive environmental labels.